MEET KATHERINE: The Secret of the West’s Economic Success 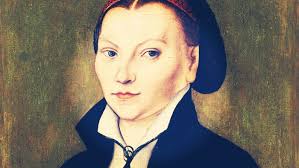 Dear Friends,
On October 31 the world will celebrate the 500th anniversary of the Protestant Reformation. This week, with help from a professional group in Biel, Switzerland, we are making 10 short videos for distribution on YouTube. These will be distributed with subtitles in various languages.
You can watch the first of the ten video here: