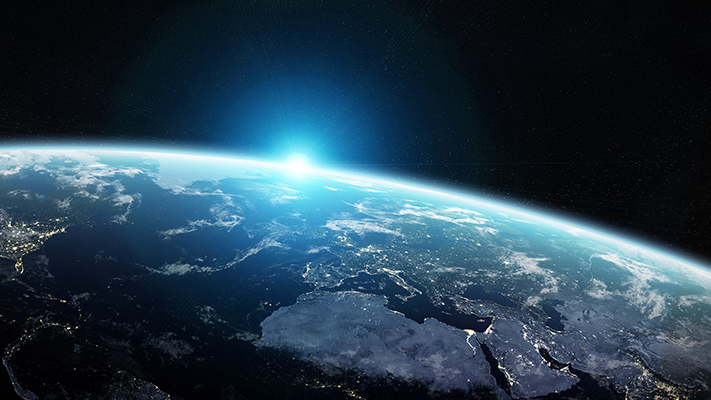 Section II is titled “The West: Losing Its Soul“

Greek philosophers, Plato and Aristotle, rejected the idea that matter alone is real; soul, spirit, the non-material realm of goodness, beauty and truth are mere appearances. Their predecessors, Leucippus and Democritus had taught this “Materialism” in Greece. In ancient India, this philosophy was taught by Charvaka.

Most Greeks and Indians rejected philosophical materialism because it meant that you are nothing but a blob of meat. You survive by gobbling up other meat blobs that fly, swim, crawl or walk. Meat blobs such as mosquitoes and leeches love sucking your blood. Others (lions and sharks) would like to gobble you up. You have no intrinsic meaning, purpose, or value.

This atheism implied that the material universe gives no reason why you shouldn’t champion aborting babies or enjoy cannibalism — eating other meat-blobs called “human beings.” There is no Creator, and He never  bestowed upon humans inalienable rights or dignity.

Of course, some people do “think” that eating a human being is a horrible evil. But what is “thought”? Are thoughts and words, grammar, logic, and ethics anything more than chemical reactions in a meat-blob? Can words have anything to do with truth? Didn’t accident turn animal sounds into language, to enable us to manipulate our environment?

Plato felt that the observable phenomenon may be an appearance, a shadow, but shadows don’t make sense, unless they are images of a reality. There had to be a realm of eternal, non-material Forms, Ideas, or Truth. He called it a world of Logos (Word, Sense, Idea). The reality, soul and truth, had to be non-material, therefore, immortal.

Plato’s disciple Aristotle tried logic. However the Greek logic could not find the Logos (the Word) that they felt must be there. Therefore, Graeco-Roman world was ruled by myths, magic, and mysticism. Its experiments with truthless democracy and republicanism always ended in tyranny.

So, what created the modern world governed by logic and law, reason and ethics; affirming absolute morality, yet respecting individual rights; freedom of conscience, subjecting force to the authority of the spirit — to truth?

Section II of “This Book Changed Everything: The Bible’s Amazing Impact On Our World” has four chapters:

Chapter 4 is called, “Losing Soul, Logic, and Language”. It explains postmodernism: why Descartes, the Father of European Enlightenment, and his successors failed to prove that man exists as anything more than a blob of meaningless meat. Western immorality that resulted in Holocaust in Europe and genocide of pre-born babies in the USA is a consequence of Rationalism’s failure that began with Descartes and ended with Derrida. The chapter studies why Revelation made sense of human person, logic and language.

Chapter 5 is called “Marginalizing the Center: The Church”. It explains the central role played by the Church’s Councils, Creeds, Catechisms, and Communities in civilizing Europe.

Chapter 6, studies “Law and Liberty: Did Rome Put the Law above Caesars?” It revisits the West’s most important contribution to civilization — the rule of law. Beginning with the great Church Councils such as Chalcedon that set the stage for the Justinian Code, the chapter unpacks the Bible’s amazing contribution of liberty based on the rule of law.

Chapter 7, “Bloodshed for Tolerance” looks at classical Europe’s intolerance and bloody “religious” wars of the Middle Ages in order to understand how the Bible succeeded in using African intellectuals such as Tertullian and Lactantius to institutionalize tolerance in Europe.

The Bible created the West, it reformed the West, and it can renew the post truth West again. A group of us are meeting in Phoenix, AZ from June 24-29, 2019 to begin an education revolution. Local churches will be equipped to partner with Christian universities and use web-based curricula. They will help grow the home-schooling movement into a church college movement. Please contribute $100 or more to support key non-American participants to travel to Phoenix. You will get a signed copy of the new book and a tax deductible receipt minus $25.

Yours for the renewal of America’s soul,

Vishal & Ruth Mangalwadi
PS. The following is the back-cover of the new book. 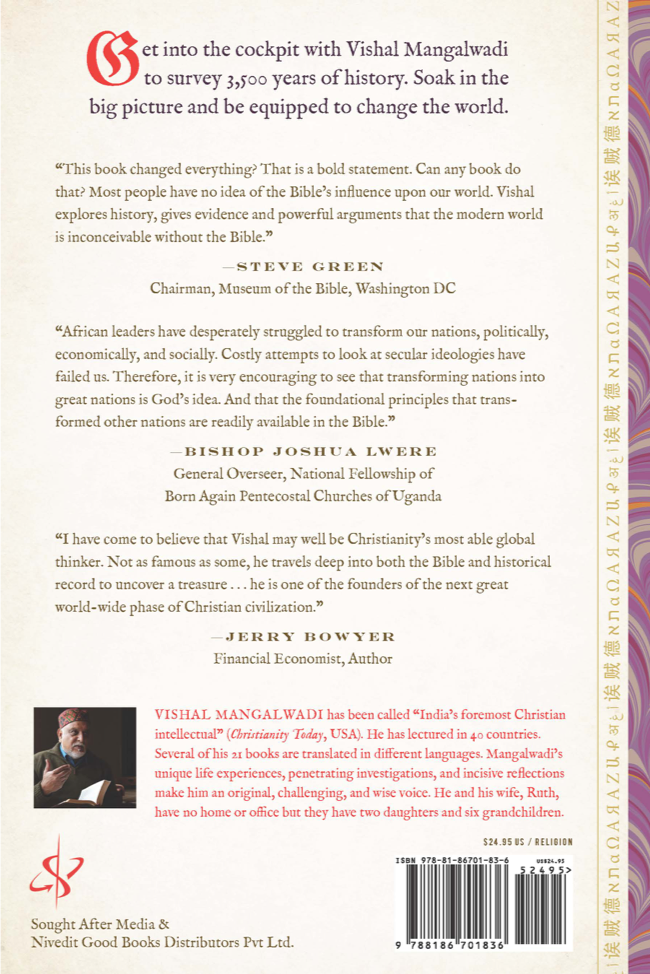